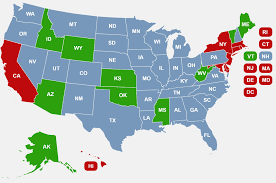 Constitutional Carry allows lawful citizens of the United States to carry concealed firearms without first needing to obtain a state issued permit as long as they are not already legally restricted from possessing a firearm.

I know that I speak for many when I say, this is a great time to live. We are the beneficiaries of unprecedented freedom. Notwithstanding the many attacks we have seen on the Second Amendment in recent decades, we are, nevertheless, witnessing a great outpouring of freedom that will likely only increase in the future.

However, with the great freedoms that are becoming available to us, an important burden of responsibility has been placed squarely on the shoulders of those who wish to own or carry a firearm for self-defense. Despite the euphoria some may feel at not having to “qualify” with their firearms in order to carry a concealed firearm, firearms training has only become more important.

Responsibility to our Freedoms

Eleanor Roosevelt is quoted as saying, “Freedom makes a huge requirement of every human being. With freedom comes responsibility. For the person who is unwilling to grow up, the person who does not want to carry his own weight, this is a frightening prospect.”1 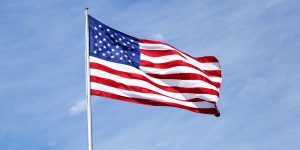 Never was Mrs. Roosevelt’s wisdom truer than it is at this moment in our nation’s history. In order to protect our hard-won freedom, we have the responsibility, as Concealed Carry Weapon (CCW) holders, to obtain, from qualified trainers, the firearms training that will save the lives of ourselves, our loved ones, and the lives of our fellow citizens.

When master self-defense instructors, such as those at the Personal Defense Network, caution us to obtain as much life-saving training, in all of its varieties, as possible, it would serve us well to heed their counsel3. These instructors understand, on a personal level, that even the previous CCW qualifications were minimal at best. Even if you are a veteran law enforcement officer or soldier in the armed forces, it is important to continually hone your defensive handgun skills as these skills depreciate quite rapidly if they are not used on a regular basis.

Thank You from Forward Movement

At the Forward Movement Training Center, we appreciate the noble men and women that have taken their responsibility as freedom loving citizens seriously and have undergone training with us. We continue to give these citizens the skills they need to use force appropriately and to teach them when it may not be appropriate to use deadly force.

By accepting the responsibilities we have been given as firearm carrying citizens, we can preserve the freedoms that many brave men and women have fought for. 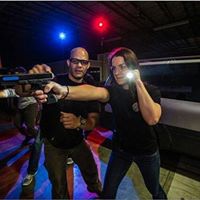 In 2008, following a two year ecclesiastical mission, Ricky chose to focus his professional endeavors on firearms and firearms education. In 2010, Ricky graduated from the Colorado School of Trades with an associate degree in Gunsmithing. Since that time, Ricky has practiced as a gunsmith, built machine guns for foreign and domestic militaries, and owned and operated a Concealed Carry Weapons (CCW) business in Colorado. Currently, Ricky is pursuing a master’s degree at the University of Idaho in Recreation, Tourism, and Sports Management and is the Marketing Director for Forward Movement Training Center in Meridian, Idaho.

Preventing the next School Attack…
December 12, 2018
Former Swat Member Brings Tactical Training to the Masses
October 11, 2017
Are you Prepared to Defend Yourself After the Shooting Stops?
March 23, 2017
Hollywood vs. the Real World: What is Your Reality?
March 14, 2017