Preventing the next School Attack… 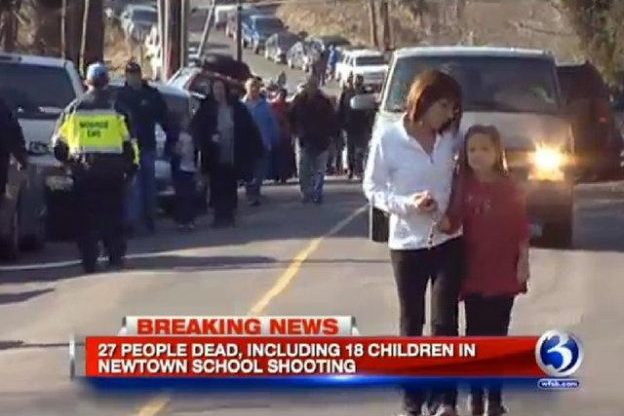 I wonder how many times the questions “Why did it happen?” and “When will it end?” have echoed around TV sets in living rooms all across the country in the moments following a school shooting.

With each and every school attack, we are all sickened by it. We watch the live images stream across our television screens. Our hearts, sorrowful for those who will never see their loved ones again. Angry that it happened yet again.

Most people lost track a long time ago of the number of schools that have been attacked and number of innocent children and teachers who have been injured and murdered in their classrooms.

Some, however, will never forget. The survivors of past attacks who managed to escape death. The sights, sounds, and smells of that tragic day are etched into their brains forever.

Still, there are others who haven’t lost track either. Those of us who are committed to learning from the past, educating others, and ending the violence in schools. With nearly twenty years of data and over 250 case studies, we have the ability to make a difference. 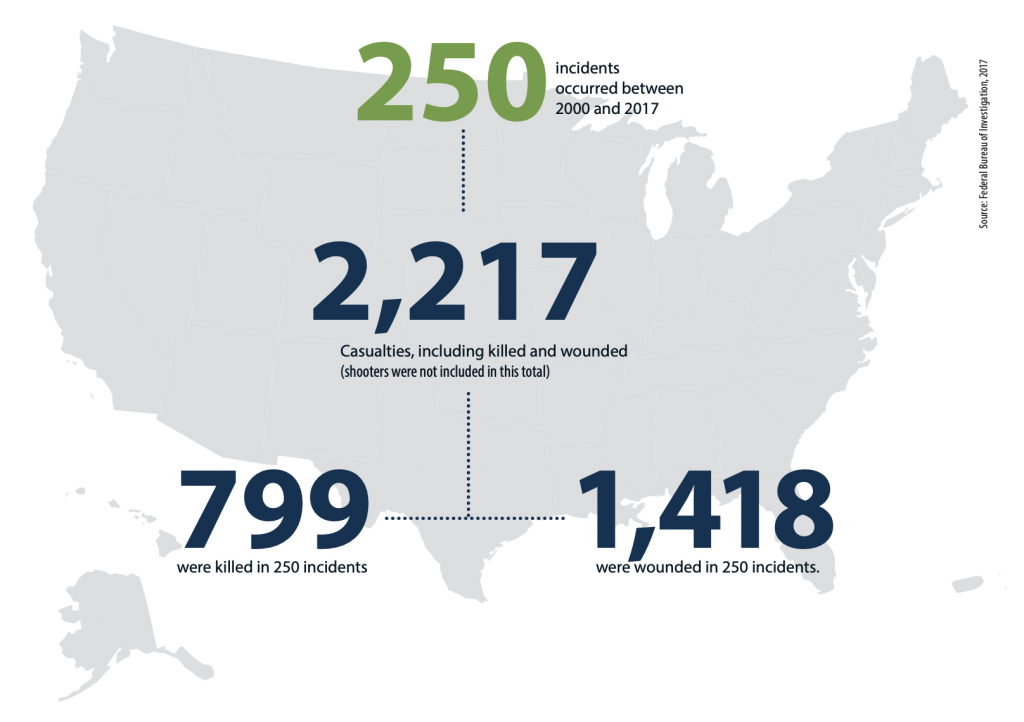 We know that the list of innocent victims who will be killed in school attacks, is not complete. Tragically, there will be more names to add in the near future. The only questions are, where, when, and how many will die?

So what about those questions… “Why did it happen?” and “How do we get it to stop?”. Without a doubt, you have asked yourself those very questions. Everyone has. And they need answered!

To answer these questions, we need to know and understand the symptoms, if we are going to address and eliminate the disease. 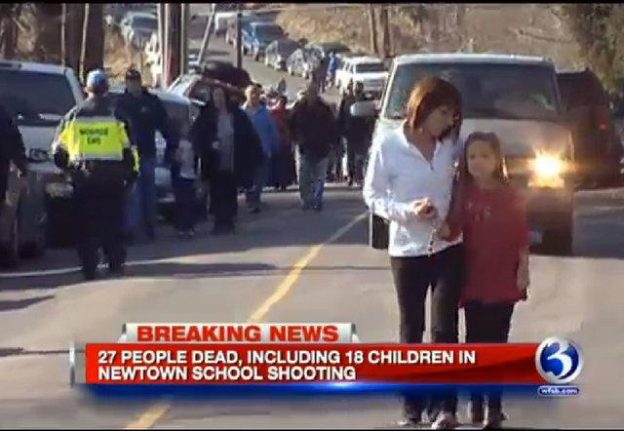 I want you to reflect on your understanding of School Shootings. What do you really know about them? About the motives? The role of guns, bullying, and mental health?

Is your understanding of mass murder events and opinions on how to get them to stop, from reading the After Action Reports (AAR) provided by investigating law enforcement agencies of past attacks? Do you have first hand knowledge? Have you consulted with Subject Matter Experts?

Or, is it based on what you’ve seen in the media?

If you’re like the overwhelming majority of the population, you’re the latter of the two. We aim to change that in this article.

The knee jerk reaction by a reactionary society

The media stopped focusing on having its facts straight and getting it right, a long time ago. Thats no surprise to anyone. What they want is to be first, they want viewers, and they want to share content with an agenda.

Think about how long a news station reports on a school attack.

Reflect on the last attack that garnered significant national media coverage. At the time of this article, it was the Stoneman Douglas High School shooting where 17 people were murdered and 17 others injured. 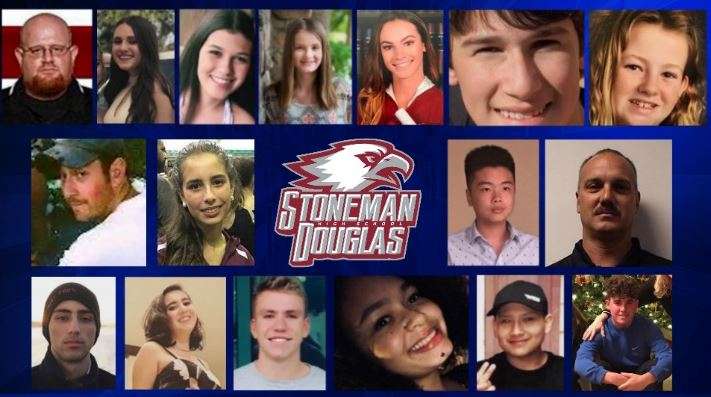 For weeks, the national spotlight was on that high school, the principal, local and federal law enforcement, and the community. There was a whirlwind of conversation and finger pointing that quickly labeled Gun Control as the problem.

Within five weeks of the massacre at Stoneman Douglas, $3.5 million dollars was raised in donations and a march occurred in Washington D.C. by tens of thousands of people. To protest… guns.

What do you think the investigators knew in the first couple of weeks into their investigation as the march was being planned? What facts had been flushed out? What was really known about the shooter and the “why” surrounding the attack? What was the shooters (we never name the shooter and support the no notoriety movement) motive?

If you ask the students who orchestrated the march, their focus was very clear. Gun Control.

If you ask the professionals who actually understand these attacks and the complexity of them, we will tell you with all certainty, that it’s not nearly that simple.

The attack at Stoneman Douglas High School, and all others before and after it, are much more complicated than simply saying the weapon used by the perpetrator to commit mass murder, is the problem.

Many people have no idea, but the deadliest school attack in our nations history happened in 1927, in Bath Township, Michigan. In that attack, a former school board treasurer, angry about taxes and not being re-elected, detonated explosives inside the school killing 38 children and six adults.

The issue of targeted attacks in schools has never been, and will never be, a singular and simplistic issue, such as gun control.

Behavioral Threat Assessments will save lives

So what is the answer? Well, that’s also complex. If it were easy, we wouldn’t still be seeing the frequency of attacks and casualties on the rise.

But most of the complexity isn’t in a lack of data. We have lots of that. The FBI started following targeted attacks and mass casualty events starting in 2000.

The complexity really lies within education. The general public needs to recognize that the details of a school attack, such as motive, suspect background, upbringing, warning signs, and who knew what prior to the attack, are not known for several weeks, if not months.

Eliminating the knee jerk reaction that our country as a whole demonstrates following an attack, is critical. Being proactive in the detection and prevention of an attack is paramount.

The guide provided by the U.S. Secret Service is incredibly in-depth. It’s 27 pages chocked full of critically important and valuable information. I HIGHLY encourage you to read it, understand it, and apply it.

The problem is this. Even though the research, tools, and guides are out there for all to consume, hardly anyone is reading it.

Of the numerous police officers, school resource officers, school counselors, principals, teachers, superintendents, parents, and community stakeholders I have talked with, virtually none of them have read the documents provided by the FBI and U.S. Secret Service.

At the end of the day, EVERYONE cares about the safety and security of our staff and students at school. EVERYONE wants school attacks to stop. NO ONE wants to see another ‘Breaking News…’ alert about another mass casualty attack at a school.

Forward Movement Training & Consulting has made it simple. We took the research provided by Homeland Security, FBI, U.S. Secret Service, and other experts on school safety, and created a simple to follow Behavioral Assessment tool.

We extracted the key components on what to look for and turned it into a list of behaviors to investigate. Following the assessments completion, you know who to contact and what resources to provide. The assessment can not be any more simplified.

You no longer have to read dozens of pages of data provided by the government and attempt to decipher it yourself. There’s no guessing involved and you do not have to be an expert to use it.

The Behavioral Assessment tool is free to all those who wish to use it. All you have to do is download it and follow the instructions. You can find it on our website under the “Resources” tab.

Protecting our kids at school is everybody’s responsibility. The weight doesn’t rest solely on the shoulders of the principal or teachers, alone. Just because the attack occurs at the school, doesn’t mean many others outside the school didn’t fail to do their part.

These attacks are often times in the fantasy and preparation stages for months prior to the attack. In the FBI’s studies referenced in this article, it has been found that in most cases, several clues and warning signs exist prior to an attack.

I urge you to stop listening to what the media and other uneducated people about this topic. I urge you to read the research that experts have provided to you and is at your disposal.

I urge you to download our Behavioral Assessment tool and use it to help in the detection and prevention of the next targeted attack.

While it will always be impossible to quantify how many attacks were prevented, we can say with all certainty that education and assessments are the best way of finally getting the statistics of targeted violence to trend downward.

Matt Schneider is a veteran police officer of 13 years and president of Forward Movement Training, LLC. Matt spent 5 years as an Entry Operator on his agencies SWAT team, 2 years as a Task Force Officer (TFO) with the U.S. Marshals Office on a Fugitive Apprehension Team, and a year and half as an Undercover Narcotics Detective. See his full bio here

Forward Movement Training & Consulting is a nationally recognized company for its contribution and expertise in the areas of School Safety and Security, as well as, Workplace Violence training. Please visit our website at www.forwardmovementtraining.com

Fall 2022 Forward Movement Training Offers Free Move/Secure/Defend Course to Returning Teachers, Administrators, Parents
July 29, 2022
Former Swat Member Brings Tactical Training to the Masses
October 11, 2017
Are you Prepared to Defend Yourself After the Shooting Stops?
March 23, 2017
Hollywood vs. the Real World: What is Your Reality?
March 14, 2017